I dream-cast movies in my head all the time. It's even better when I get to dream cast for real (as I am now, with an upcoming film project on famous surrealist and avant-garde painters), but only just. Whether it's for something tangible, or something I just wish I could see, I am forever casting roles in my mind and frolicking in the fantasy of it. My imagination is immense.

There have been so friggin' many movies about The Beatles (too many!) and variations of the glam-rock scene. There was the wonderful Velvet Goldmine, in which only the names of Bowie and Iggy were changed. The Runaways story wasn't that well-cast, IMO (except for Michael Shannon as Kim Fowley). When it comes to punk, Sid and Nancy was right on the money. I'm Not There, the fanciful Bob Dylan bio-pic, had the best casting, ever. So smart and inventive. There are some other rock 'n roll icon movies, but nothing yet on The Rolling Stones or my favorite, Led Zeppelin.

Having just seen the Fathom Event "Celebration Day" at the AMC on Universal City Walk last night (more on that, a little further down the scroll), I was thinking about The Mighty Zep in their heyday and at the height of their power. Absolutely astounding men, full of vitality, talent, magnetism, style, romance, and raw sexuality.

Suppose the Led Zeppelin story were green-lit today… who would I cast in their roles? Drum roll (bashing-Bonzo style, please….) 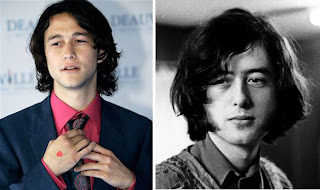 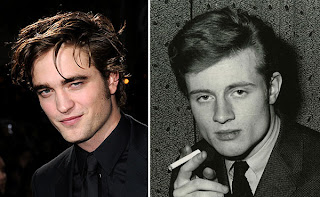 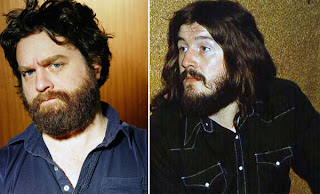 So, Celebration Day, the movie. It's great! I liked how there was no pre-amble, no back-story, no behind the scenes interviews, just the concert. Magnificently shot and wonderfully presented, it is, as a fan of the group, truly heartwarming to see they've still "got it". Plant's voice was mighty as ever, Jimmy Page rocks all, Jonesy is steady yet sparkles, and Jason Bonham channels his late father beautifully but has his own twist. (I loved the moment in the film when he reveals his Bonham-symbol tattoo.) The audience was so into it, too: applause, comments, cheers, and even some tears (definitely from the guy sitting to my right — a regular, middle-aged, masculine looking dude in a baseball cap… I love that the music moved him, so much. That's so neat).

When it comes to the critic side of me, the professional writer and evaluator, I cannot fault the film… but I didn't love it as much as the Live At The Royal Albert Hall (1969) film, which I saw at The Egyptian Theater. Nor The Song Remains The Same, which is hoary, cheesy and dated now, but was the midnight movie of my youth (I still have all 150+ ticket stubs!). Band docs in general, such as It Might Get Loud (for which I interviewed Jimmy Page), and The White Stripes Under Great White North Lights (which I saw on the big screen, and also own on Blu-ray), and of course the classics, like Rust Never Sleeps or The Last Waltz, still stand head and shoulders above the rest. But when it comes to straight-ahead, no-bs, no cinematic riff-raff, Celebration Day does indeed rock.

Here is a review on Celebration Day, from USA Today, which says it better than I can right now… CLICK HERE

My dates for the evening were two of the biggest Led Zeppelin fans I know (and love) Darren Smith and Terrence Kelsey. All in all, it was a fun night and I highly recommend the Fathom Events experience. 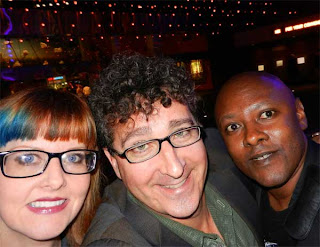 Links to my Zeppy Stuff: