Bonnie's Kids (1971) directed by Arthur Marks, not as good as his next film Roommates (or Wonder Women, which he produced), but pretty entertaining.

Don't Bother to Knock (1952) early Marilyn Monroe I hadn't seen before; it was a bit dull.

Gay Deceivers (1969) checked this out to see Christopher Riordan, who I met a couple of years ago and is now a friend; he's got a *very* memorable small role! The rest of the film is cute, but pretty dated. 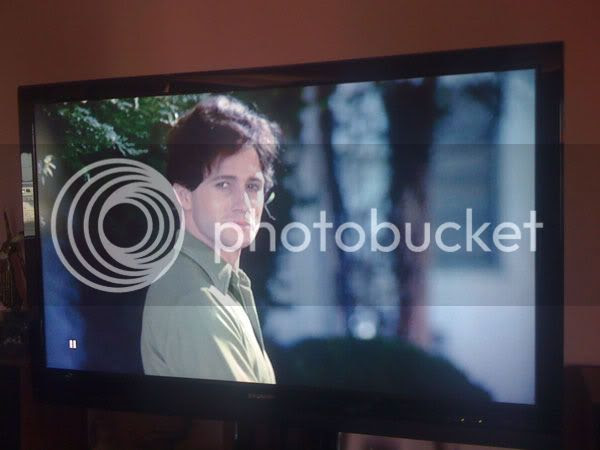 Panic in the Streets (1950) pretty good pandemic suspenser, directed by Elia Kazan (I appreciate he's a great director, but I do find most of his work too slow and heavy for my taste).

Pickup on South Street (1953) most excellent Samuel Fuller written (superb dialogue!) and directed crime drama starring Richard Widmark and Thelma Ritter… so good. This was a lucky pickup flick, when my DVR got stuck and recorded movies for 7 hours.

Black Angel (1946), starring Peter Lorre and based on a Cornell Woolrich novel (his writing was the fodder for MANY a 60s and 70s giallo), pretty entertaining (excessive lounge singer numbers notwithstanding), but the best character, Marvis Marlow, gets killed off right away.

The Blue Gardenia (1953) great old noir with a bit of a twist (the usual "wronged man" central character is a woman), directed by Fritz Lang.

The Crazies (2010 remake) just as fun the second time around.

The Poker House (2008) directed by Lori Petty; starts out strong, but never goes anywhere. I liked the 1970s setting though.

The Private Life of Sherlock Holmes (1970) directed by Billy Wilder, some excellent acting and sets, locations, etc., but too long.

Whatever Works (2009) More Woody Allen… didn't love this one so much, though.

Wild Grass (2009) strange and quirky French flick with an ending that's like the series finale of The Sopranos and the final frame of No Country For Old Men… but weirder. And not in a good way.

Too many DVDs to review / mention, lots of stuff in the DVR I've already seen but want to watch again (Laura, Dr. Zhivago, Amelie, Amadeus, and a few other epics one really has to be in the mood for).

Antichrist (been dying to see it, missed it on the big screen)

Busby Berkely Musicals (seen a few, would like to see more… with the mute button on)

He Walked By Night (recommended to me)